The University All-Star game has been reborn under the Football America UK banner! Once vaunted as one of the best development opportunities for both Players and Coaches from across the UK, the University All-Star programme played its last game at the end of the 2008/09 season. Now, the UK’s number one American Football Shopping Destination has received permission from the British American Football Association (BAFA) to revive the competition and make it bigger and better than ever!

"The return of an annual All-Star Game is another clear indication of where the student game in the UK is headed. From personal experience, the prospect of mixing with the best talent from across the country leads to growth difficult to gain elsewhere, so thanks go to FAUK for making this happen.

Couple it with recently announced positive conversations regarding the potential return of the GB Students programme, it is an exciting time with more and more opportunities becoming available for an individual to showcase and refine their talents."

Registration is open to all students studying for a Degree or higher qualification and registered to one of the 81 competing BUCS University Teams during the 2018-19 season, including those who completed their studies in that year and have since graduated.

Open trials will be held on the 8th of September 2019 with a further practice day on the 14th (North) and 15th (South) of September for those selected before culminating in a game at Harvey Hadden Stadium in Nottingham on the 29th of September 2019. Trials and Practices will be held at Sheffield Hallam Sports Park for the North and Hertfordshire University Sports Village for the South, consisting of two on-field practices which will each be 2 hours long, offering applicants sufficient time to show their abilities to coaches and any external scouting parties who are in attendance. Trials, practices and the game will be covered by BAFA insurance for all involved.

Head Coaches Jason Scott (North) and Wayne Hill (South) are accepting coaching staff applications HERE, and player registrations are live now HERE Coaches will select 9 staff coaches and a number of GA positions for development purposes. As with players, coaches eligibility is determined by the team coached and their conference.

Trials will be open to any who wish to attend as long as they were both registered to a BUCS American Football Team as a player during the 2018-19 season, applications will be checked against BAFA registration information to confirm eligibility. Trials will cost £40 per player (reduced by 10% if completed before midnight on August 4th 2019), trialists will receive their own stitched tackle twill practice jersey (pictured below) with their choice of size and playing number. 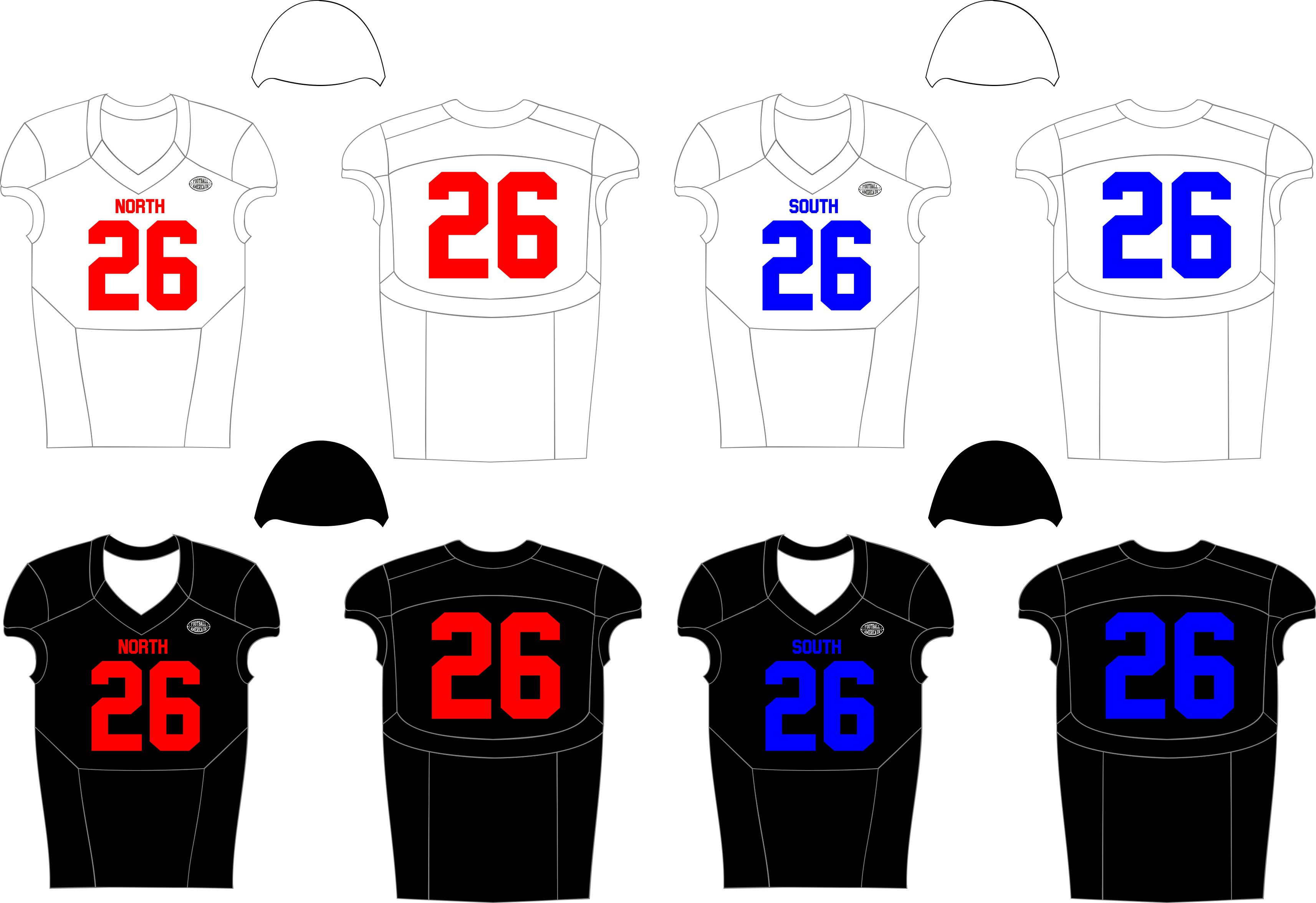 Players who are selected to represent will need to purchase their 2019 University All-stars playing uniform which they will be able to keep to commemorate making the team. Images of the unique uniforms will be released to players who make the team before the final game date. Player registration information will be used in conjunction with BAFA for verification and National Programme purposes.