🛒 Visiting our Showroom? Please book your slot in advance! →

Welcome to the New Stone Age

Welcome to the New Stone Age

The GB Lions Women’s team have a new head coach. It’s someone who has a track record of coaching success in Britain and the USA, and I’ve written about him before when I chronicled his “Football Journey”. When we spoke last, he said he was “looking forward to focusing on giving back to the next generation and hopefully being an influence that grows the game in the UK”. Well, he’ll certainly be doing that, welcome to the Women’s National Team, coach Chris Stone! 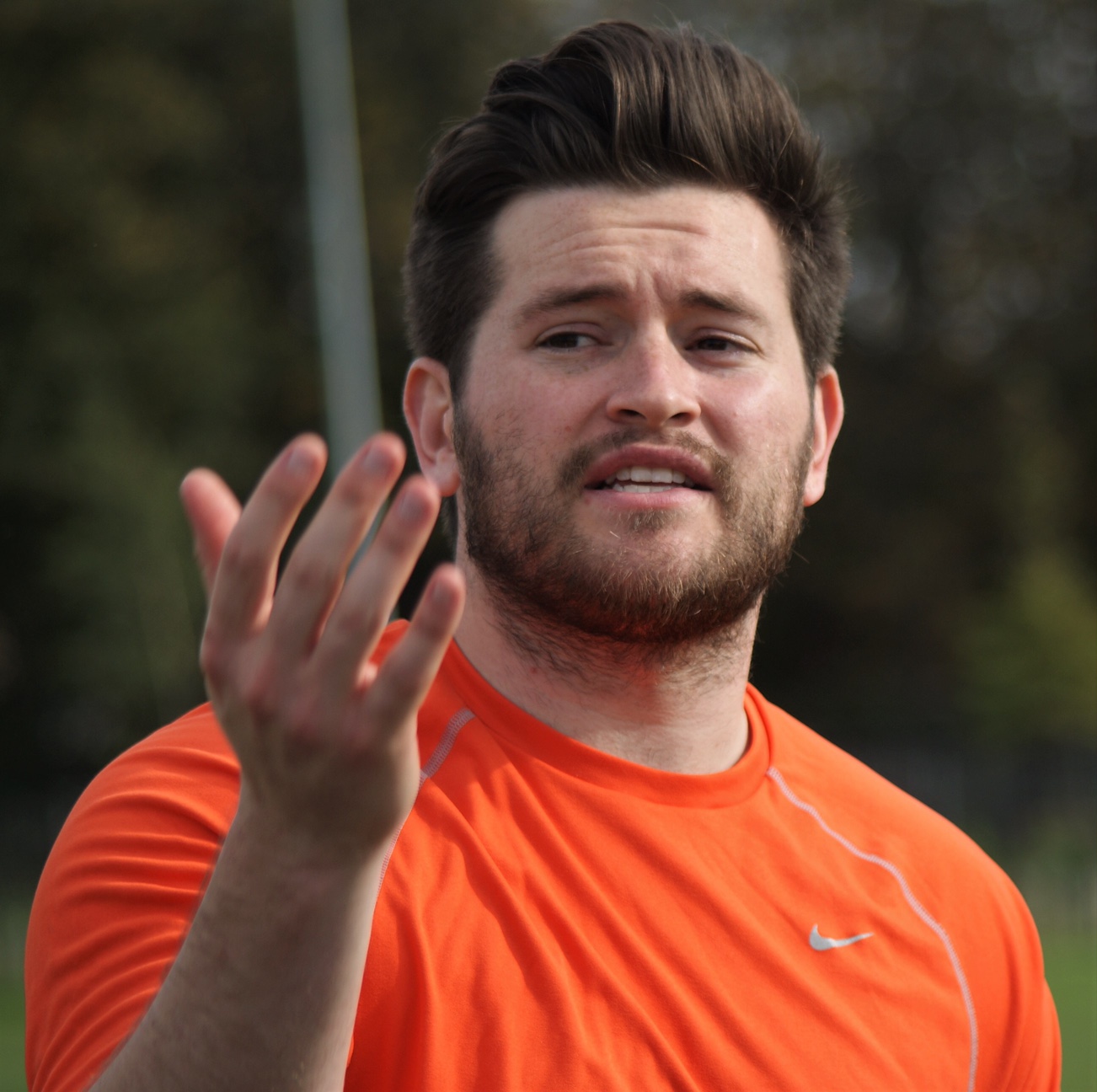 Stone gets the message across

Stone is inheriting a squad of talented players, some of which, have experience of playing outside of the UK. Quarterback Sydney Green and two-way athletes, Gaby Knops and Bo Steward have been playing and winning a championship in Sweden, with the Carlstad Crusaders. Oli Davies has multiple seasons of experience in the states and running back Ruth Matta went stateside in 2019 to play for the Boston Renegades of the Women’s Football Alliance and starred in their National Championship winning side (she was awarded the MVP trophy in the final).

The Lions have featured in the last two major women’s tournaments. The World Championships in Canada in 2017, where they lost the bronze medal game to Mexico 19-8, and the European Championships in Leeds UK in August 2019, where although they beat Finland in the last game of the competition, the 18-14 score line wasn’t enough to earn the Gold medal. Despite some good performances in these two tournaments, I felt there were points left on the field and the team has more to give. 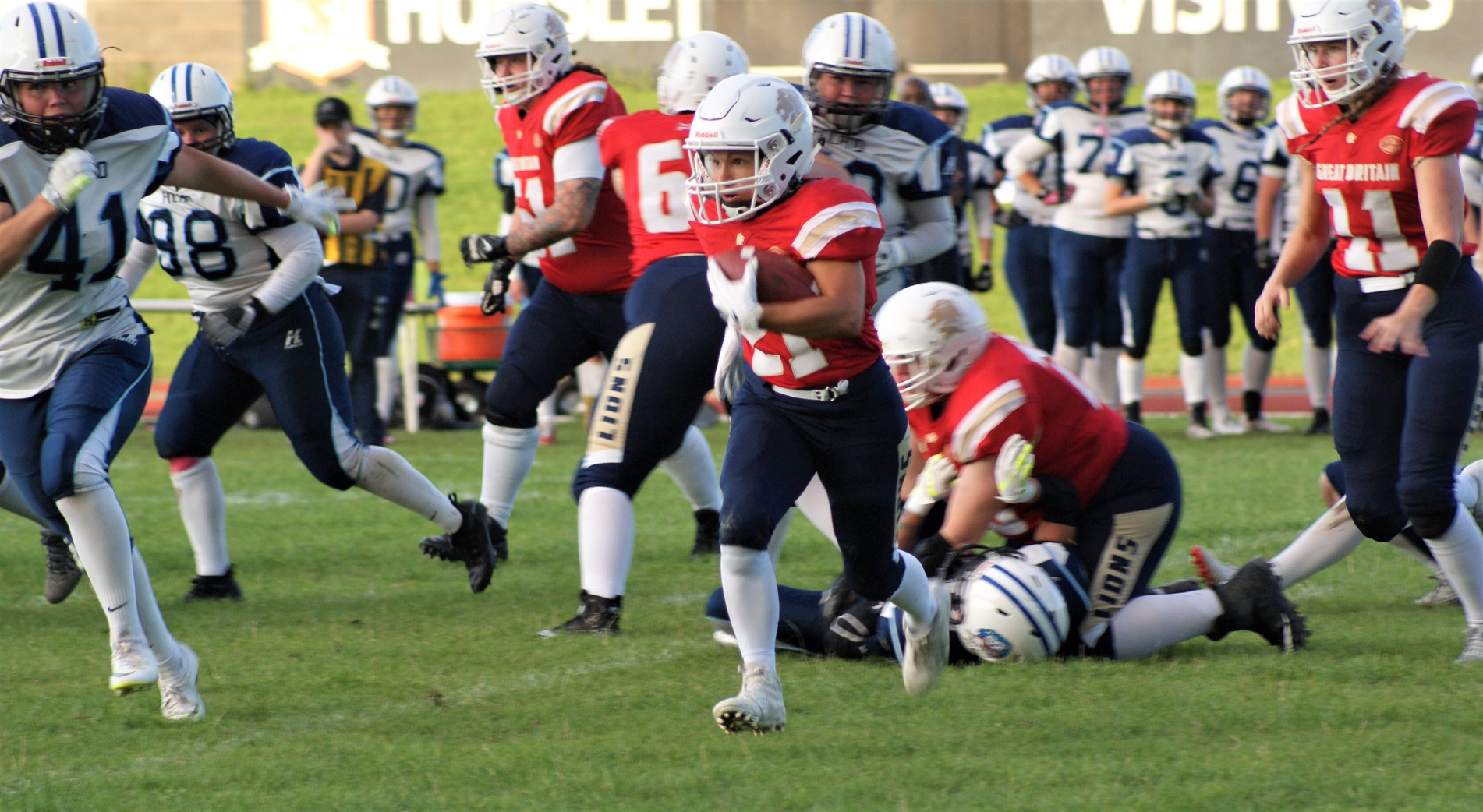 With the covid pandemic impacting all sports, Stone has been getting to know his team by zoom and phone calls, he’s been impressed with how the players are responding. “They’ve been super enthusiastic about getting back to practice and playing. I can’t wait to meet them in person and start the preparation for the World Championships in Finland next year”. That preparation will include holding try-outs for potential new players, but not before the British WNFL (Women’s National Football League) gets back in action. “We need to get back on the field and playing regular football” said Stone, “Then we can hold some national team camps and do some serious work”.

Team captain Phoebe Schecter is looking forward to getting back on the field. “The appointment of Coach Stone has injected a refreshing energy into the programme. His long-term vision includes upskilling future coaches, challenging our current squad to be the best version of ourselves for each other, and making sure there is a pathway for the future generations. It is a great day to be a lion!" The next few weeks will be spent piecing his coaching staff together and creating a longer-term plan to ensure the team are ready to challenge for medals in Finland. There will be lots of work to be done to help the players realise their potential and ambitions. The World Championships may seem like a long way off, but Stone won’t be idling away the hours. In between his work on the National side, he’ll be keeping his football brain active as he’ll still be coaching at the Queen Mary’s Vipers and the London Warriors! 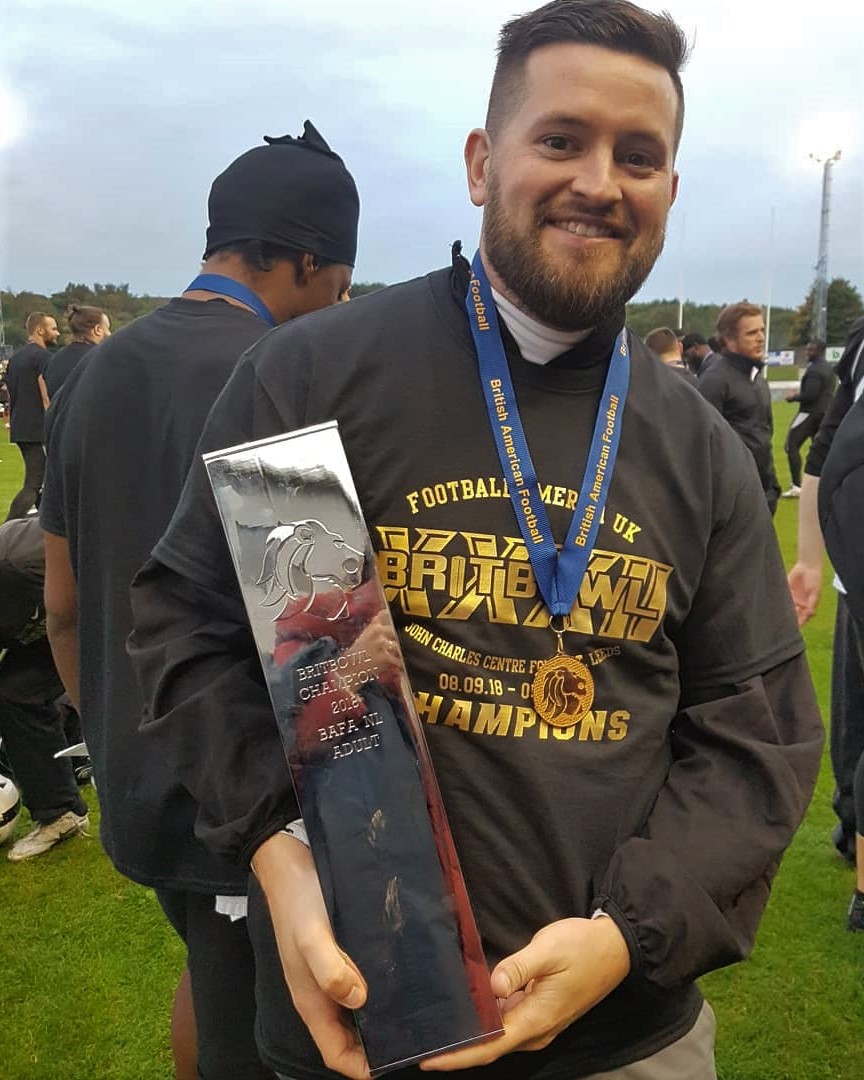 Celebrating a Britbowl win with the Warriors