Watching the GB Women’s contact team lose the third-place game against Mexico in the 2017 World Championships in Canada, I couldn’t help feeling they had left the Bronze medals on the field. It was a relatively close score, 19-8. They showed flashes and seemed to have found ways to get the win, it was there for the taking, but at key moments they couldn’t get the better of a well drilled Mexican squad.

Wind the clock forward to the European Championships in 2019. Expectations were high for Gold Medal success, standing in their way would be old rivals Finland. In the final game of the tournament the Brits did beat the Finns, but a less than convincing opening game loss to Sweden ultimately saw their Gold Medal hopes disappear and they had to settle for the bronze.

Since then, a lot has changed within the programme. There is a new head coach and staff, a number of veteran players have stepped away and there is a group of exciting new squad members who are looking to make their mark. There is also a determination in the camp to fulfil their potential and make their mark on the world stage.

The 2022 Women’s World Championships will be held in Vantaa Finland between July 27 and August 8. It will be an eight-team tournament featuring the current Champions the USA, along with Canada and Mexico and a European contingent of hosts Finland, Great Britain, Sweden and Germany. Completing the competing teams will be Australia. At the helm is Head Coach Chris Stone. When he arrived in the UK in 2013 to further his studies at Nottingham Trent University the native of Ohio thought his involvement with Football was over. He had NCAA playing experience with top Division Three side Wittenberg and after the Renegades at Trent coaxed him out of his playing retirement, he led them to play-off success. Having finished his studies, he moved to London with work, became Head Coach for the QMBL Vipers in the BUCS league and he also played and coached with the London Warriors, adding a British Senior Championship title to his collection. 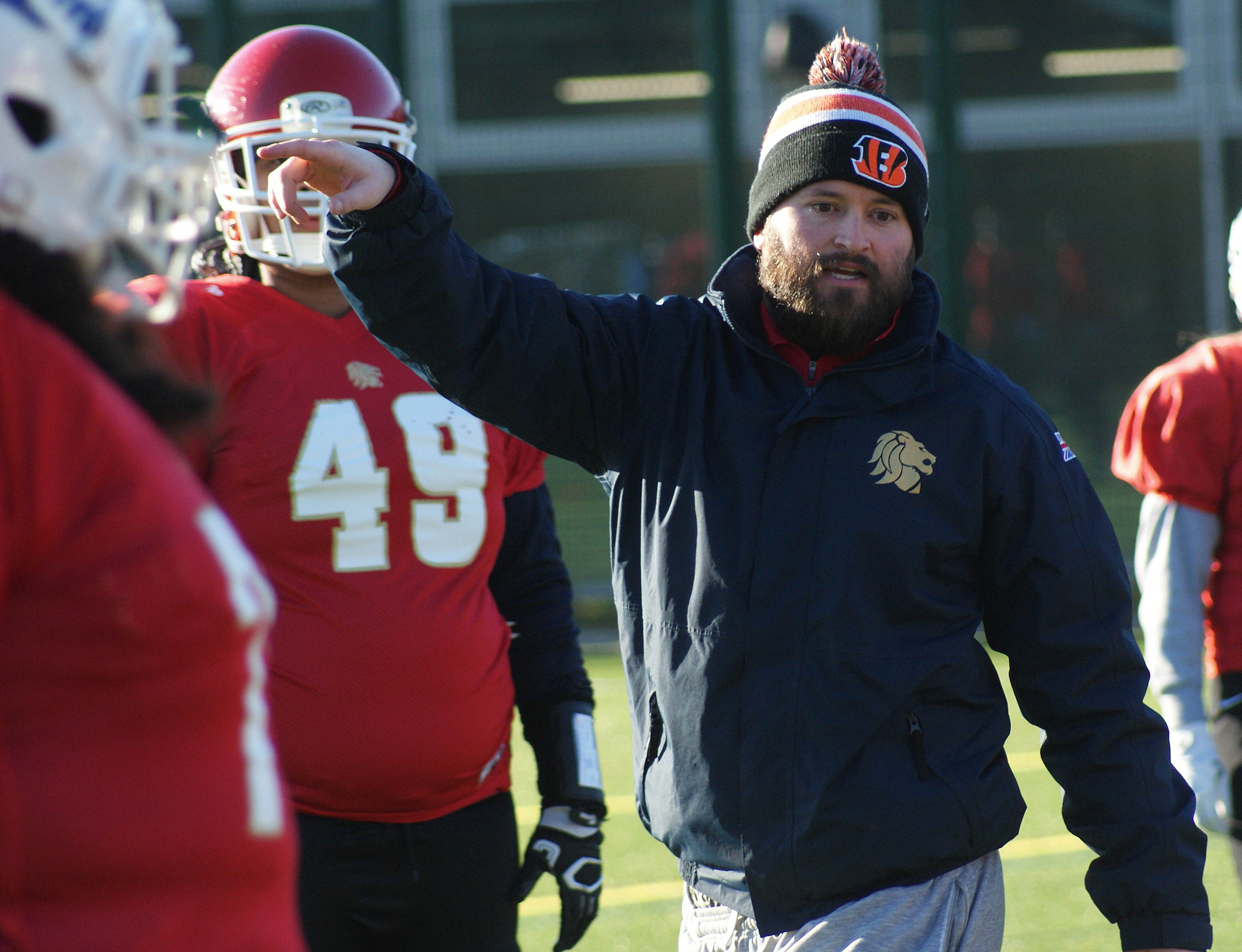 Stone is totally focused on taking the programme forward

He's put together an experienced and dedicated coaching staff who have used a combination of on-line and in person methods to ensure that come late July, when the team land in Finland, they will be ready to stake their claims for medals. 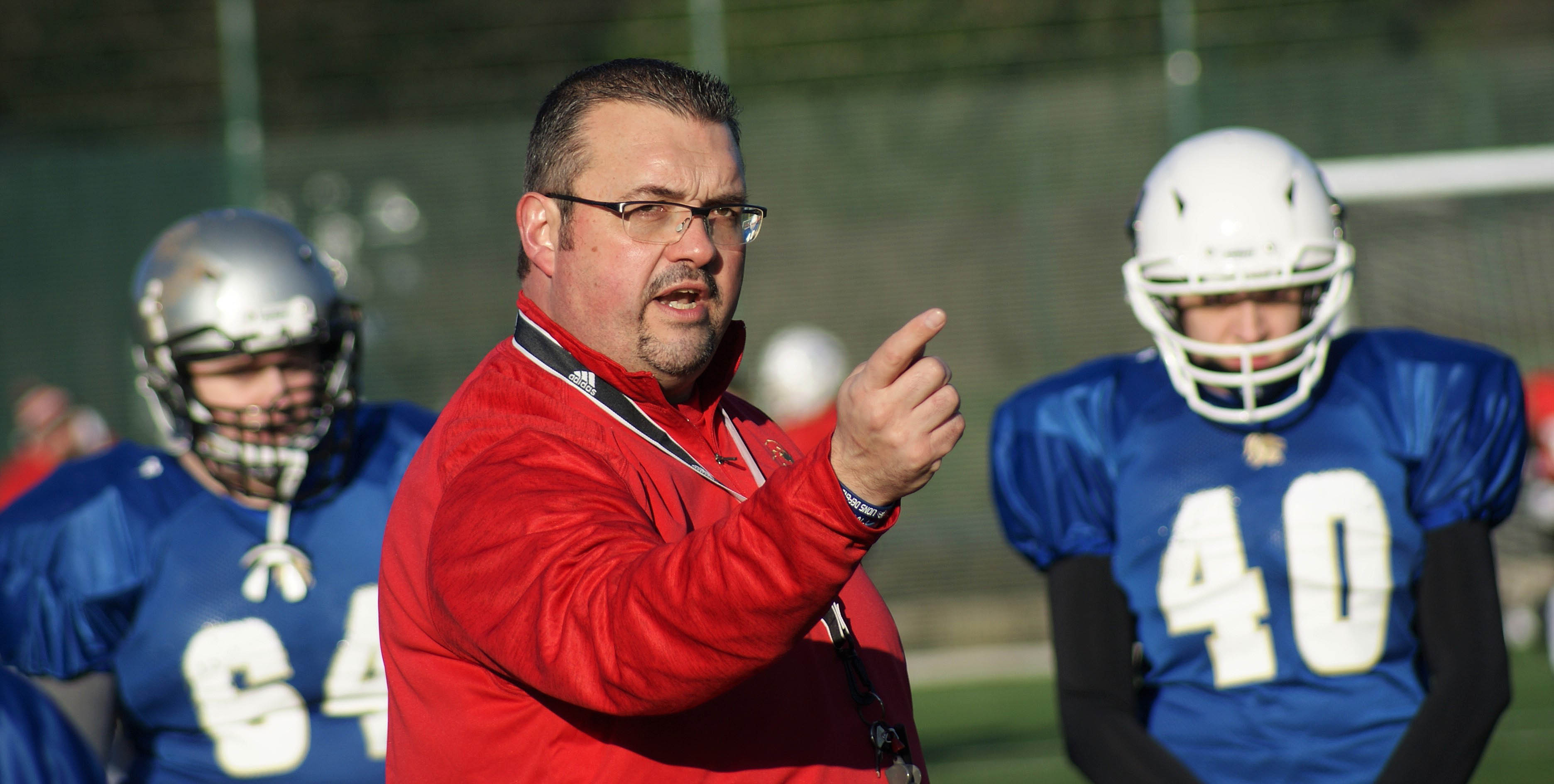 Wayne Hill will have the defence ready to compete

Stone is very positive about the programme. “It’s been an incredible experience thus far. I’ve never coached a more committed group of players and ultimately as a coach that’s all you can ever ask for. Additionally, there’s been a very positive synergy within the coaching staff, particularly as Wayne Hill has come in as the DC. Both sides of the ball from players to coaches, are constantly trying to outduel each other which will be the foundation of the culture we want to build around competition. There have been individual standouts providing leadership as veteran players on both sides of the ball. However, what’s been really encouraging is there’s a very exciting class of young players coming through who are new to the program. I’ve said from the outset my vision is bigger than just Finland this summer and seeing how these young players, some of whom are trailblazers playing for their uni teams, are being looked after and brought along by the veterans is a very encouraging sign, not just for the present but also the future of what’s being built. In short, I’m very pleased with the work that’s gone on in such a limited period of time. There’s certainly far more work that needs to be done, but the coaches are working hard behind the scenes and the players are absorbing everything we throw at them. So, I’m really excited about the opportunity to lead this team into Finland”.

To get a players’ perspective I spoke to two key individuals. First was quarterback Sydney Green, who is relishing the opportunity to be back on the international stage. “It's a really exciting time to be around the GB women's programme right now, with new coaches, new players and lots of talent. The World Championships is such a big challenge to step up to, but each year the standard of football gets better here, both in the domestic league and nationally. So I'm really excited to see where we can push the programme, especially with the staff on board like Coach Stone and Coach Hill”. 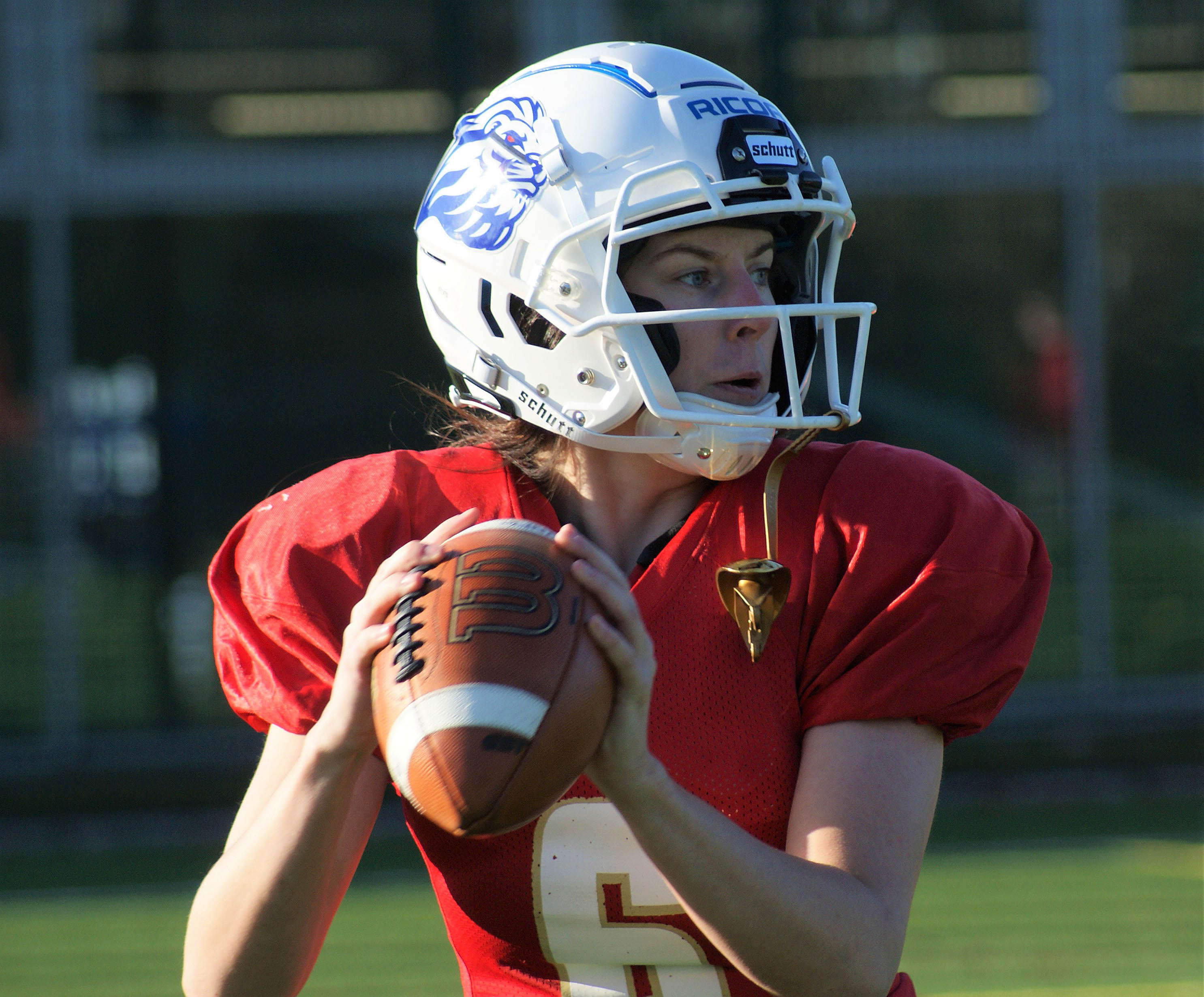 Sydney Green has the arm to shred opposing defences

I then checked in with the heartbeat of the Lions defence, Phoebe Schecter, who is mindful of the challenge ahead. “With the world championships coming up this summer and the team lists released, it’s looking to be the most competitive tournament to date. The addition of Germany will be interesting, as a country who have a long, successful history with American Football. Our GB Team have a new, exciting staff who challenge us and there is a very clear goal for us as a squad. I’m excited for all the teams and for the host nation Finland to put on a show for the World”. 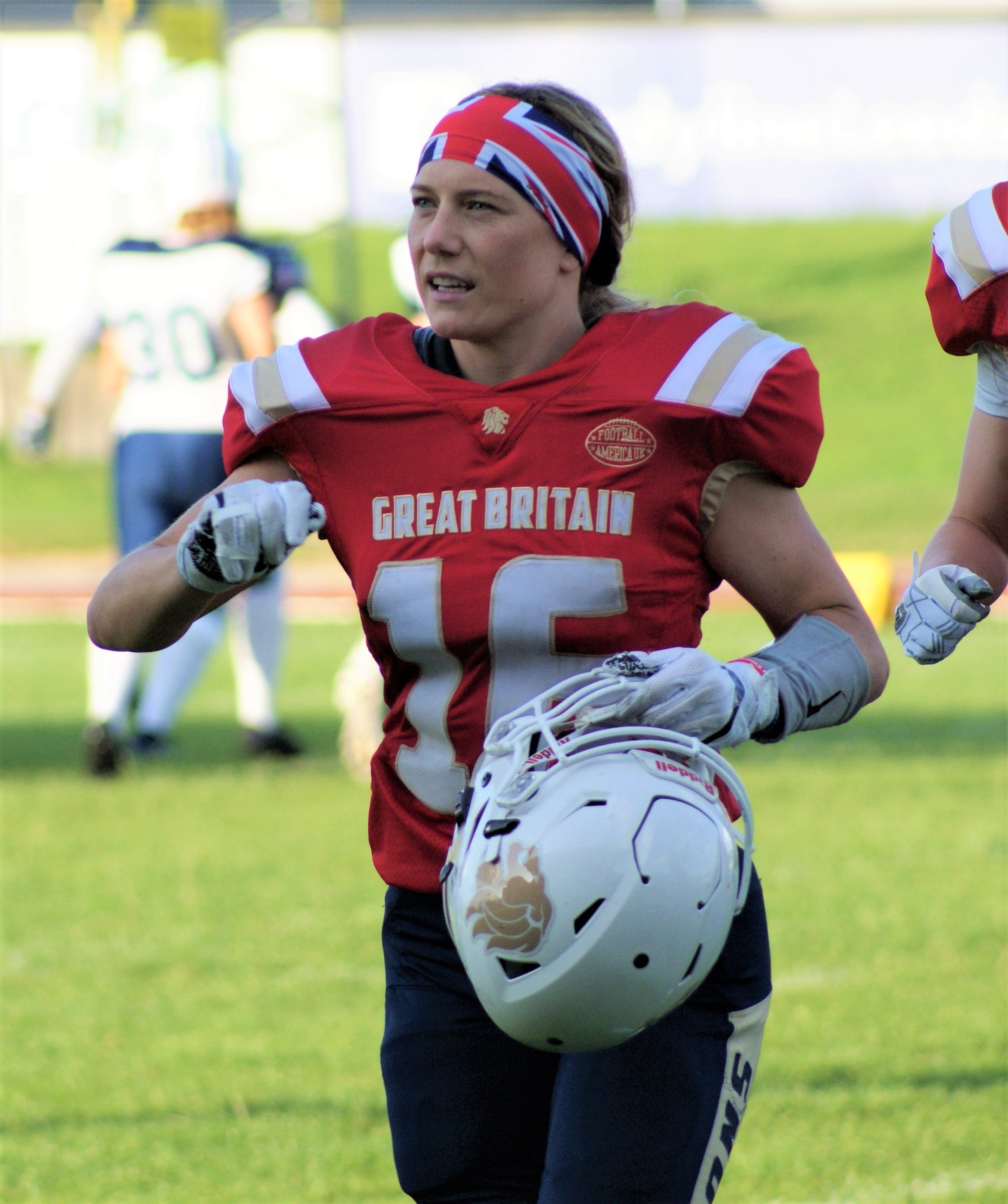 It will be late July when the team arrive in Finland and they’ll have one shared goal, to go at least one step further than 2017 and bring back some medals!