Its game week at Football America UK Headquarters, David is polishing the trophy in preparation for the weekend and everyone (well me) is a tiny bit worried about the uniforms arriving on time and with the names spelt correctly!

When the voice inside my head said ‘Hey bring back All-stars, it’s a great idea’ around a year ago I should have ignored it, because the voice inside my head knows nothing about how much work this will take, the sleepless mornings at my desk in work, the headaches over venues for trials and the game, but just like everyone always says, would I change a thing? No, well, maybe a couple bits here and there!

To say that the coaching applications went well is an understatement, 104 coaches from 49 different universities across the country got in touch with us to express their interest in coaching All-stars, making the job for the appointed Head Coaches incredibly difficult. To be honest, the reaction was astonishing, and whilst I knew All-stars would get a positive reaction, I never thought that we would get seven thousand blog post views in 24 hours! Below are the coaching staffs for Sunday! 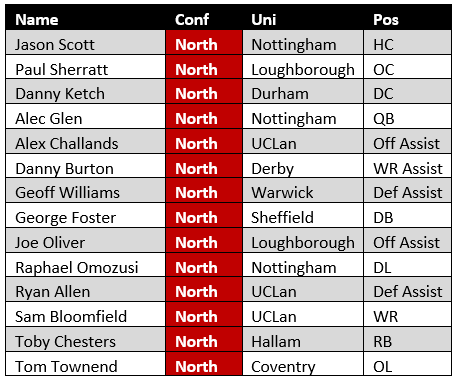 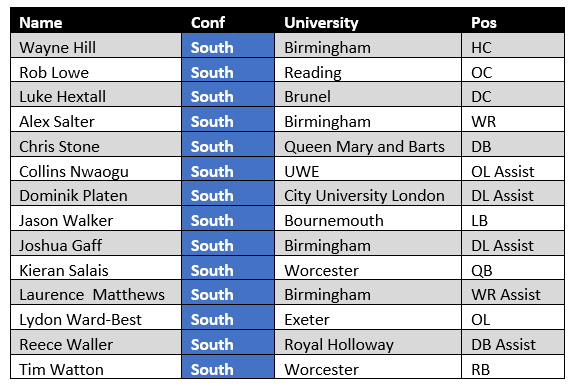 Then the reality hit us and so did some scheduling issues, working with the powers that be, it was decided that the usually dead month of football activity September would be the time when the whole programme would need to begin and end. 30 days, from trials to game, offering value for money to everyone involved and still trying to make sure that the quality of facilities, medical cover and take-away merchandise was as high as possible! 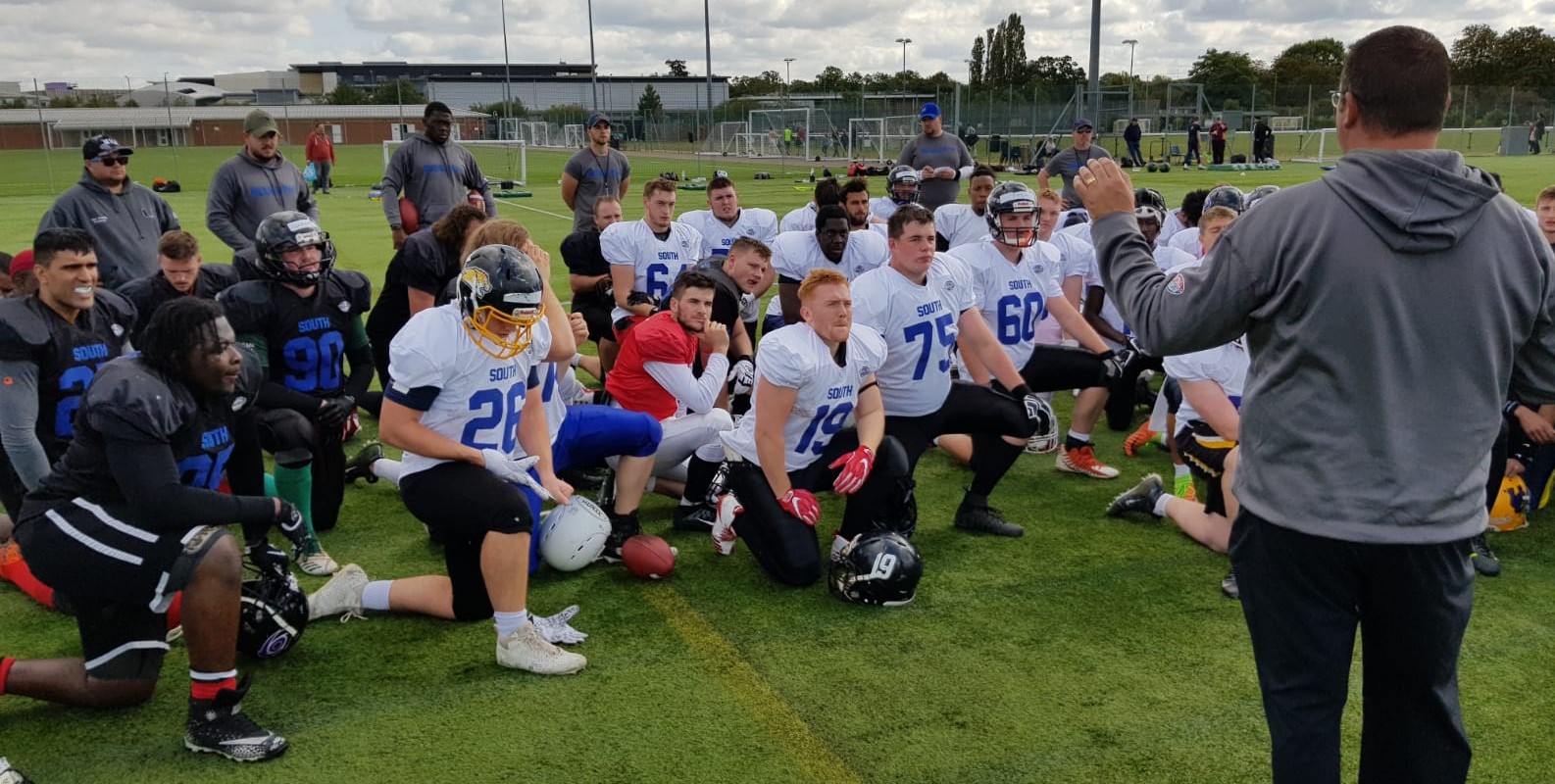 When it came to trials, we had 195 players from 56 Universities apply, the largest number represented being 18 athletes from Coventry University, one of the largest rosters in BUCS American football in 2018/19! 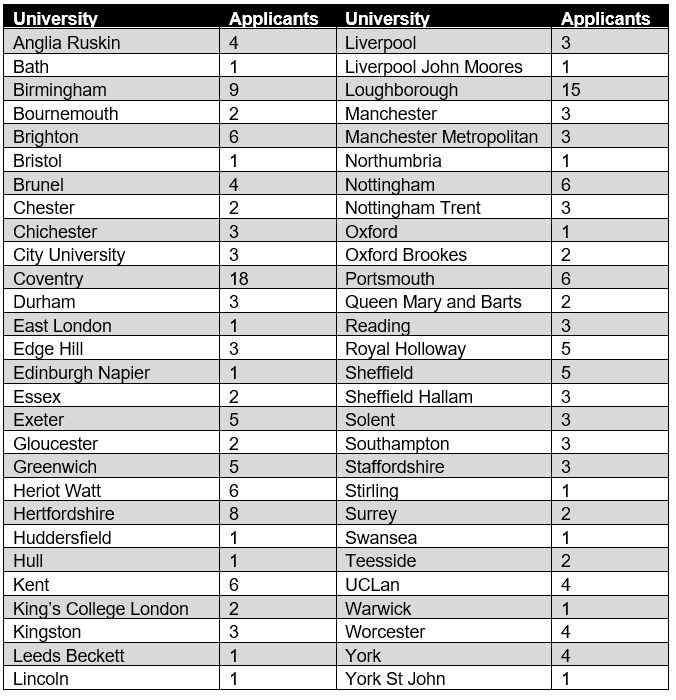 Whilst I had originally hoped to get 350+ players to trials, the truth is, this is a generation of players who have never seen or heard of All-stars, because the last time it happened Facebook barely existed and Odell Beckham Jr was attending Isidore Newman High-school in New Orleans! If you weren’t around British American Football then, knowing about a University All-star Game was pretty much off of your radar.

Then before we know it September is here and we have athletes lining up at registration in Hertfordshire and Sheffield and it hits me, some of these kids are BIG! Not University football big, Adult football Big, Fast and talented! Whilst I was at Southern trials I regularly saw 1 handed catches, spin moves and defensive lineman causing havoc and dismay in their wake, and any thought that I could have ever made a University All-star team evaporates from my brain, I want to buy a ticket to watch this game, from the stands, where I will be safe.

Then the players were selected, representing 36 different Universities across both conferences, ranging from the powerhouses to smaller division 2 schools.  The rosters are stacked with talent! 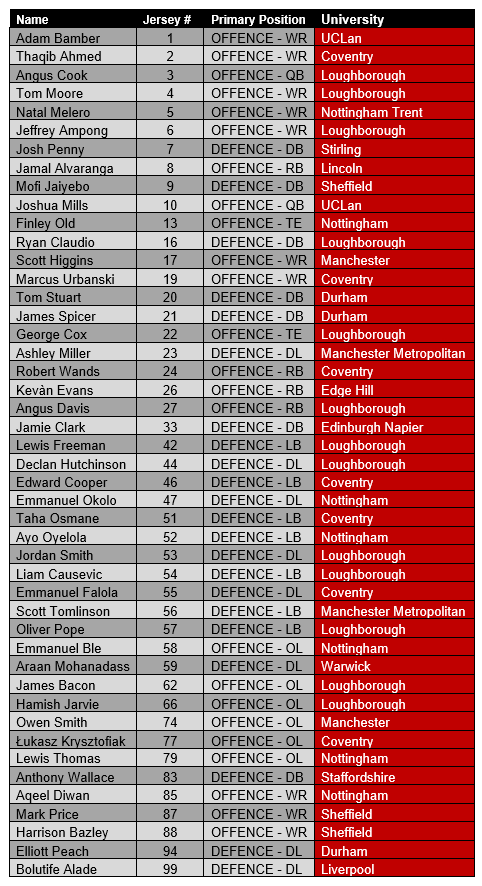 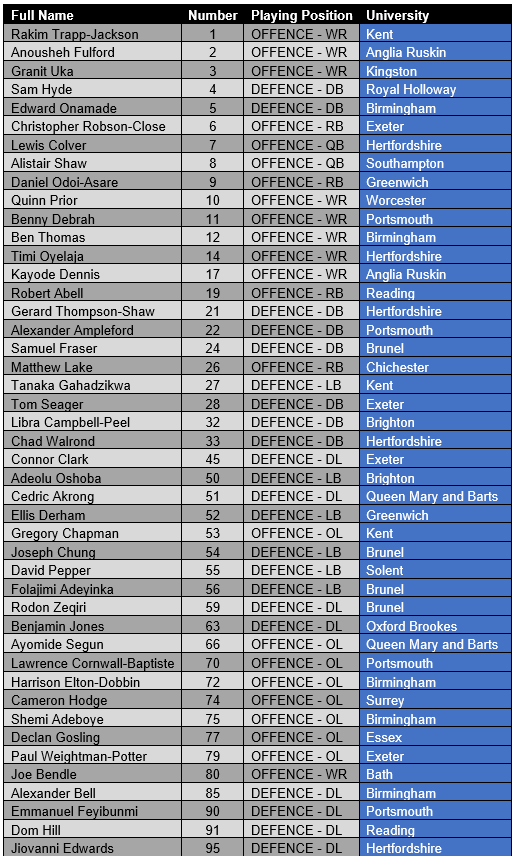 Sunday cannot come quick enough in some ways, I never thought that organising an All-star Game would take so much time and effort. My hopes for Sunday now centre around the game being great to watch, the players coming out healthy and happy with their experience, a bunch of new football friends and coaches with contacts to positively build football over the next 20 years!

Oh, and maybe, if it goes well enough you might see Adult All-stars in the next calendar year!