When James Slack first arrived at Loughborough University in 2010 he knew all about its rich sporting heritage. His ambition was to play on the uni basketball team, but after being told he was too short and too slow, he needed to find another outlet for his sporting passion. With something of a rugby background, he liked the idea of playing American Football and went along to the rookie try-outs. Quarterback coach John Pimperton noticed he could spiral the ball and took James under his wing. He was a quick learner and was soon leading the offence. 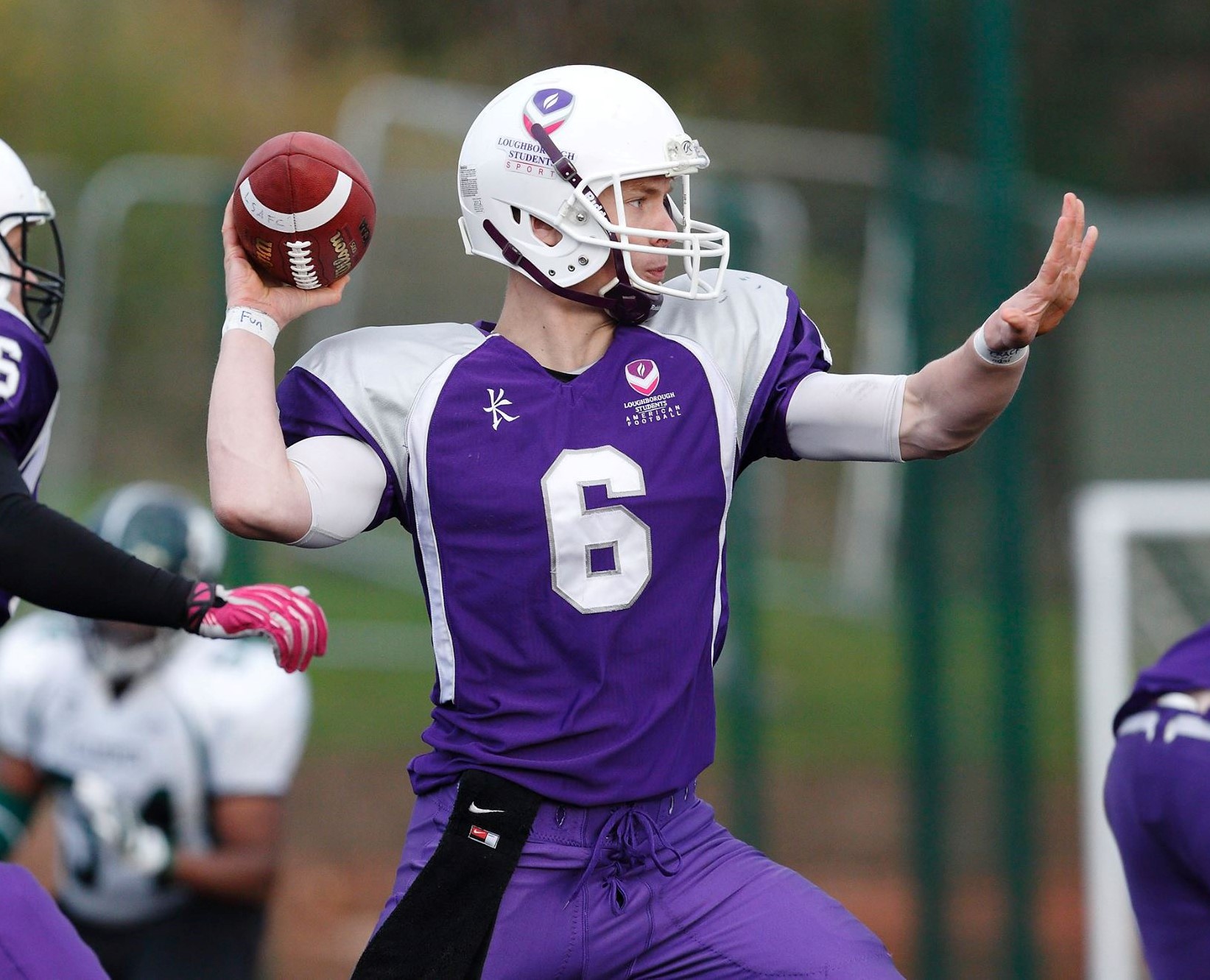 His performance levels in the BUCS league won him a spot on the GB Students programme and participation in games in Sweden and Finland. His studies then took him on a sandwich year in Germany where he played for the Nurnberg Rams, further developing his quarterbacking skills (the desire for continuous development was something Pimperton had instilled in him). He also had a relatively short spell with the Tamworth Phoenix before moving back to Germany with work. Working full time for Adidas in their boot design team, he still wanted to pursue his Football ambitions. A further spell with the Rams was followed by a move to one of Europe’s top outfits, the Schwabisch Hall Unicorns, where he currently has the QB2 position on the roster. He credits the exceptional coaching he gets at Schwabisch for pushing him forward, and to helping him secure that spot on the GB roster. 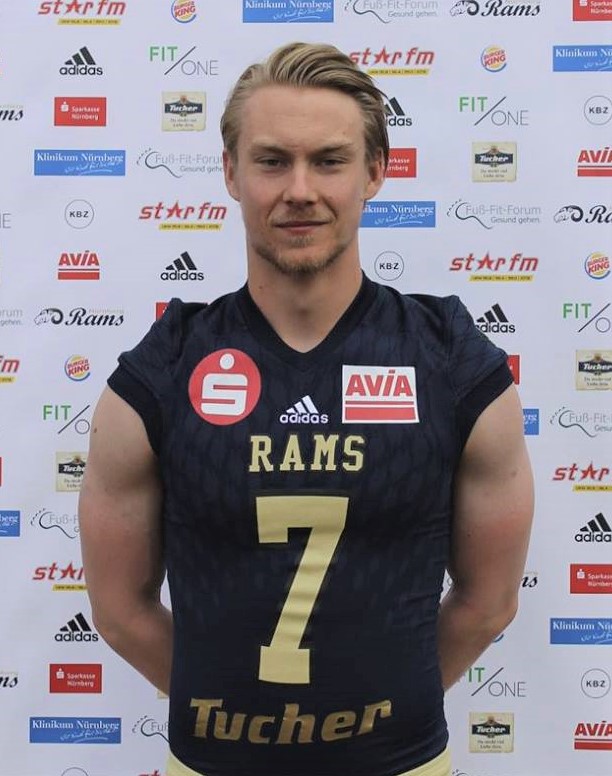 He’s been in and around the GB Lions programme for a few years now, but a combination of work commitments and injuries have led to him missing out on game time, until now. He’s one of three quarterbacks that have been selected for the upcoming European Championships Tournament. To say he is relishing the opportunity would be an understatement! “Making it to the GB adults squad is something that makes me feel unbelievably lucky, because its an opportunity I know that not a lot of people even get the chance to take. It’s been written on a whiteboard in my flat for as long as I can remember, so to finally be given this opportunity by the coaching staff is something I am truly thankful for. So now I need to take this opportunity and fight for every yard and inch I can – doing everything I can to help the team of athletes around me, so they can do their magic and ultimately make the Britball community proud. Going into the tournament, as a group of competitive guys we are all looking to do everything we can to win. Winning is always the goal and its visible in the way this team is preparing, that winning is at the forefront of every player and staff member in this teams thinking. At the same time, its going to be an unbelievable experience which we are all going to soak up as much as possible, enjoy the vibes and simply enjoy having fun with it”.

Having been selected for the Lions, James ambitions within Football are still burning bright. He will continue to play in the GFL, hopefully with the Unicorns, clearly his Football Journey is far from over. 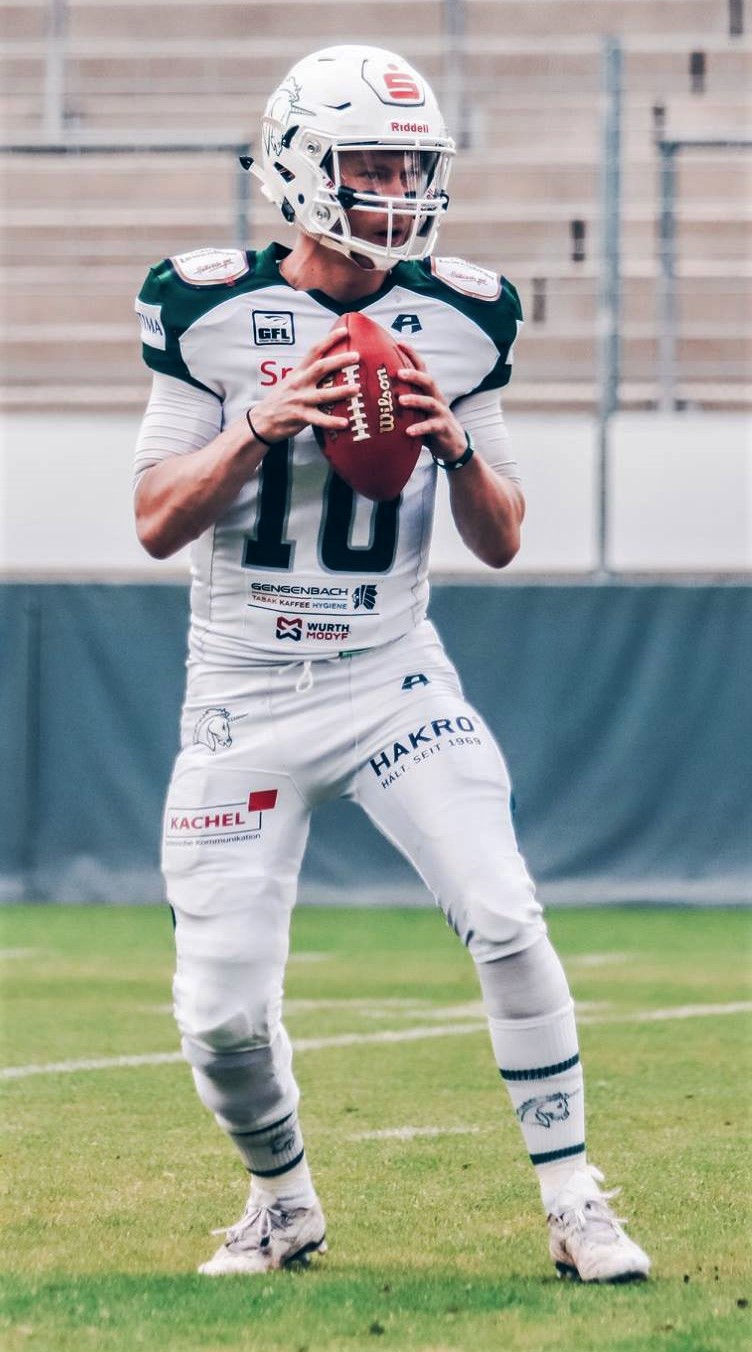