After an exciting full season with the Buffalo Bills, Britball flag bearer Phoebe Schecter is back in the UK and she has big plans for the next few months! I caught up with her to find out how it had gone in Buffalo and what the next destinations are on her Football journey. We talked all things Football and started off chatting about her internship with the Bills. 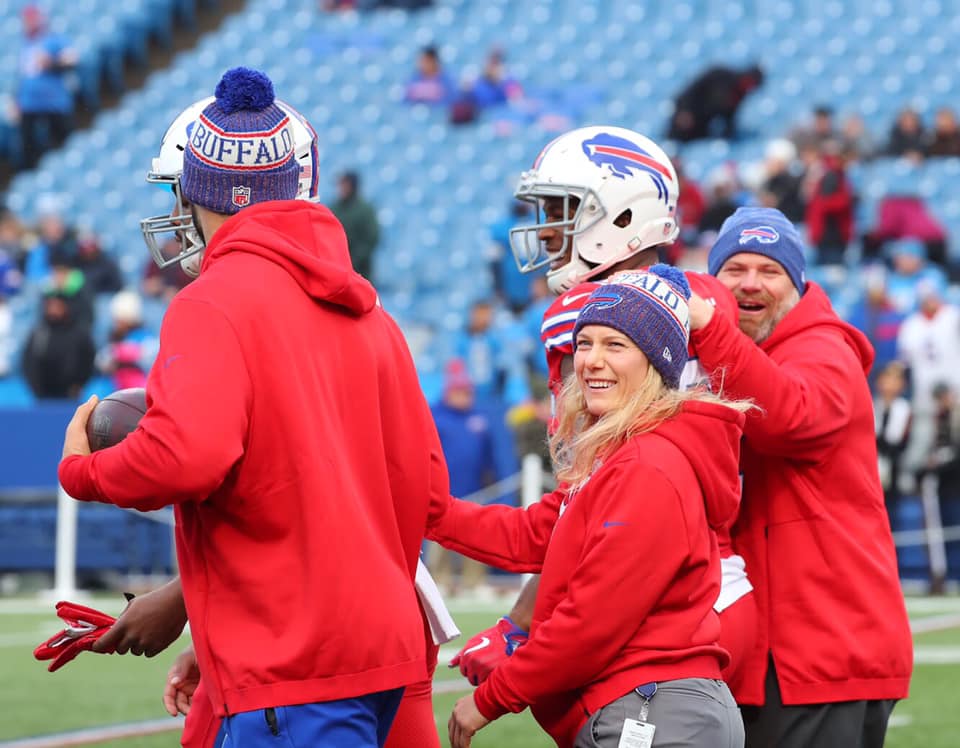 So we hear that you’ve been a Quality Control Assistant with the Bills tight ends, what does that actually entail I asked.

“Think of it as an assistant to a positional assistant” joked Phoebe. “We meet as a group, structure the practice and then I make sure all the equipment we need is in place. I was with the Tight Ends and then assisted the Offensive, Defensive and Special Teams Quality Control coaches. This role was so varied and meant that on a day-to-day basis I could be doing anything from watching upcoming opponents game film and drawing detailed scout cards of their plays, to managing the personnel groups in practices! Working with the Tight Ends specifically was great because their involvement in both the running and passing game gave me a great overall understanding of what our Offense was trying to achieve”. 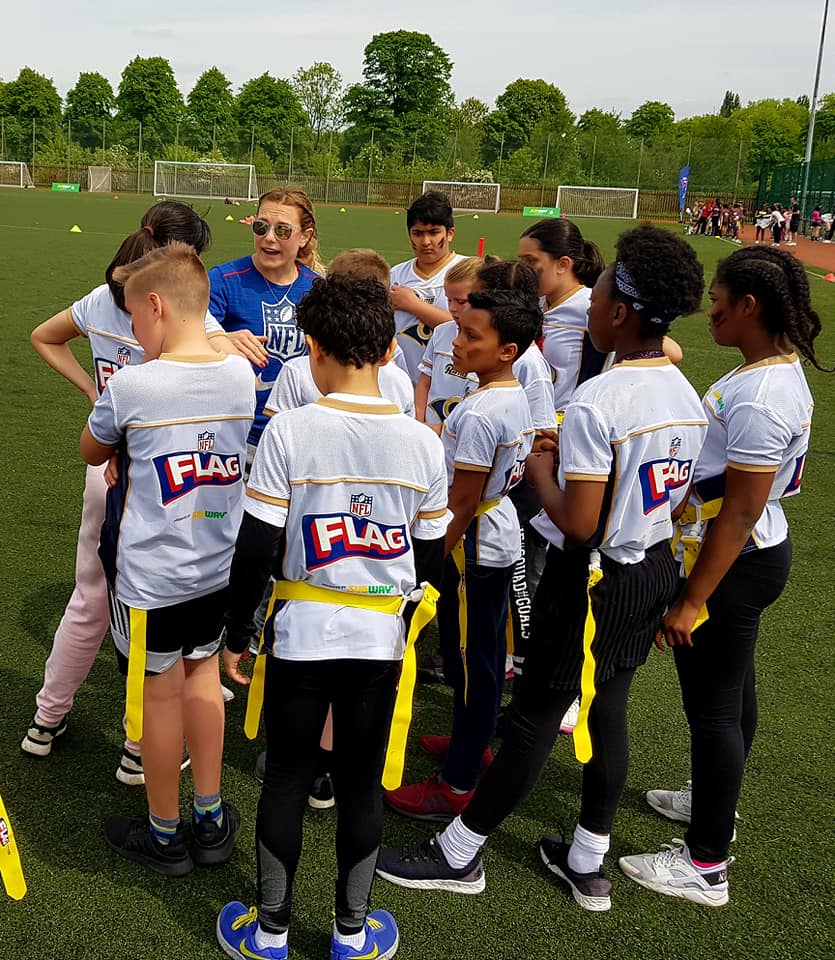 What was the best thing about your time with the Bills?

“Just being around an elite level programme. I’ve learned so much, especially around preparation and time management. These are things I hope to share and use to help develop the game here in the UK”.

So now that you’re back in the UK, fittingly, what are the UK Dukes up to?

“We have just come back from the Pro Bowl and Super Bowl where we met some amazing people and worked on plans and some huge ideas for projects going forward. We also recently launched a clothing range with Football America UK which has been well received and will now be making a push to grow our YouTube channel.

It is our goal to integrate all aspects of the community in what we do and we plan to visit more teams all over the UK (the Gwent Gators challenged us about having never been to Wales so watch this space!). We plan to run camps and clinics, work with domestic teams on their community events, film more videos and just have fun like we always do!

For the first time ever, a UK Dukes team will be competing on British soil on the 9th of March in Northampton at the BAFA preseason tournament. If you’ve ever wondered if we can pull of the trick shots we do in competitive games, this will not be one you want to miss!

What about your playing career, will you be playing for the Birmingham Lions this season?

“Absolutely, I’ve really missed my team mates. I’m looking forward to getting some hitting in! Hopefully we can retain our Sapphire title, then later in the year I’m hoping to play in the European Championships for Team GB. Better still as the Championships will be hosted here in the UK, in Leeds”. 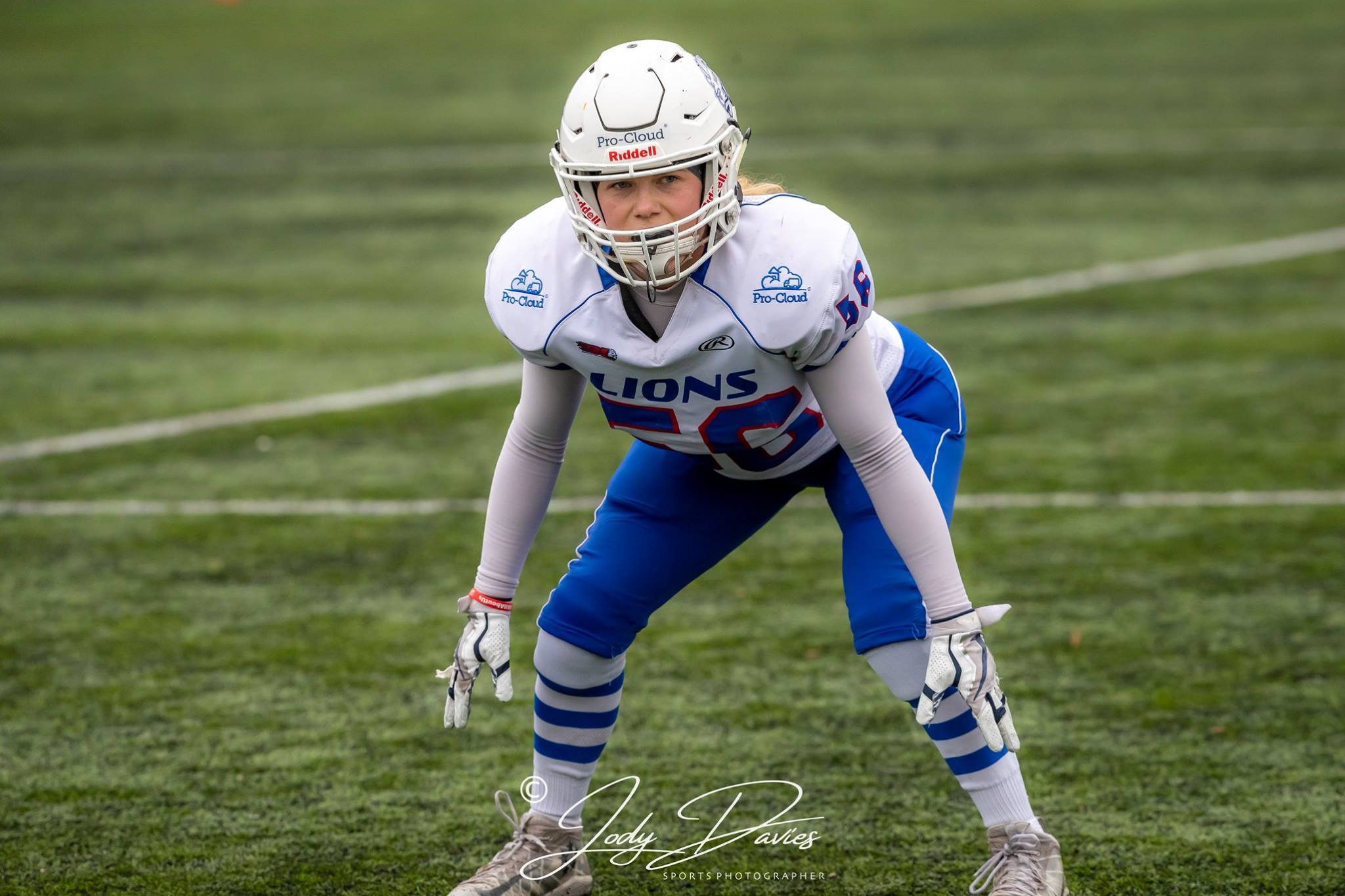 With GB team mates Gabby Knops and Ruth Matta going out to play in the States soon, would you be tempted to follow them?

“Ruth is an absolute baller and has been looking for a new challenge for some time now. The things that both girls will learn out there and bring back will be great for the sport here in the UK. For me, going out there is something to consider, but for now I just want to be in the UK”.