On September the 8th around ninety hopefuls descended on Sheffield Hallam’s sports centre to work out for the Northern All-Stars Head Coach Jason Scott and his staff, with the hope of securing a spot on the team. The weather gods were kind and blessed the event with a liberal dose of sunshine to welcome the players as they collected their pre-ordered practice jerseys, white for the offence and black for the defence. 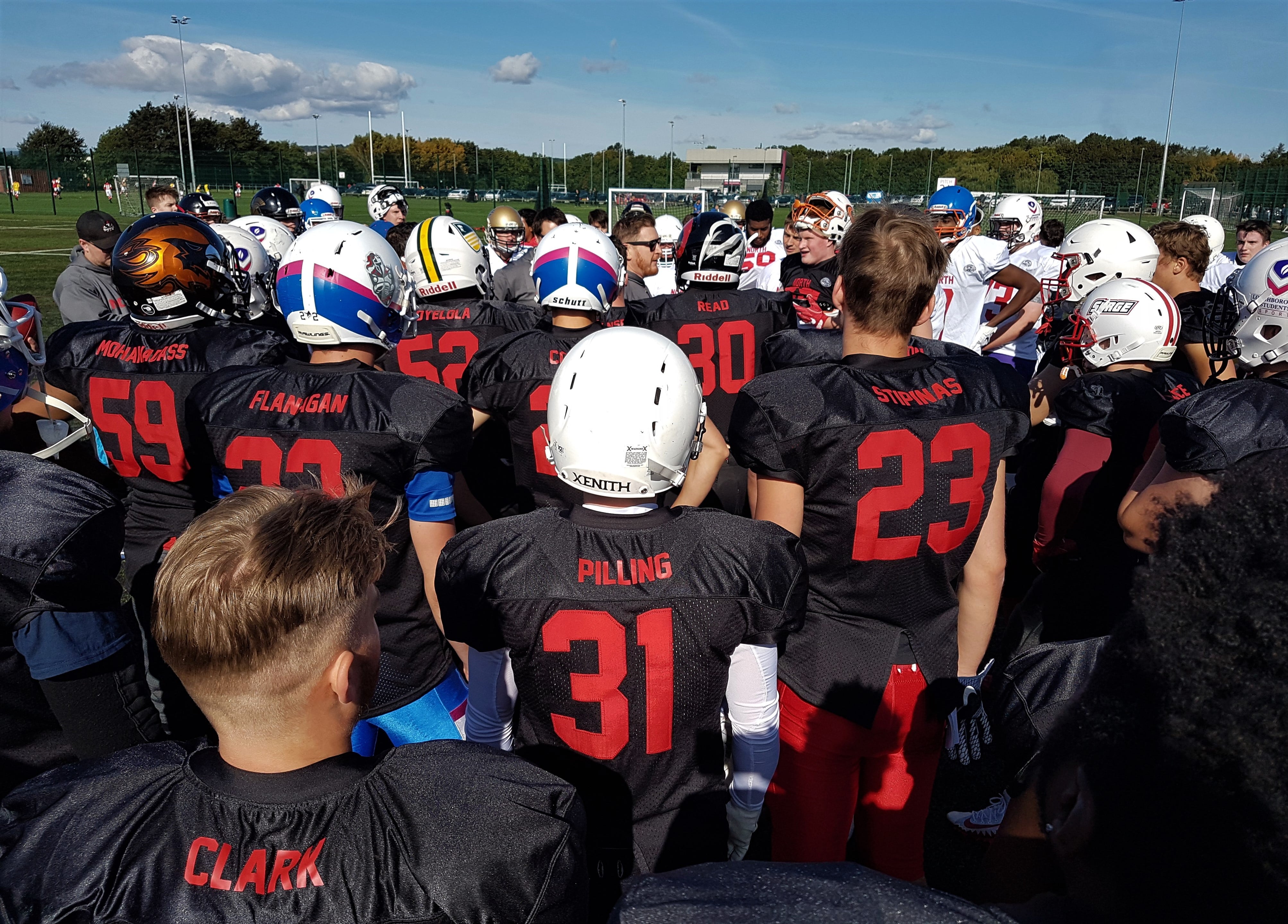 The day was a combination of classroom and field sessions designed to give a schematic overview and to test the technical and physical abilities of the trialists. After a warm-up the players split into their positional groups and got down to the nitty-gritty of role specific drills under the watchful eyes of the coaches. There was a great deal of enthusiasm from the players as they strove to make that “big play” that would earn them that coveted spot on the roster. Between instruction on technique and play installation the coaches were making mental notes as to who would be their selections. 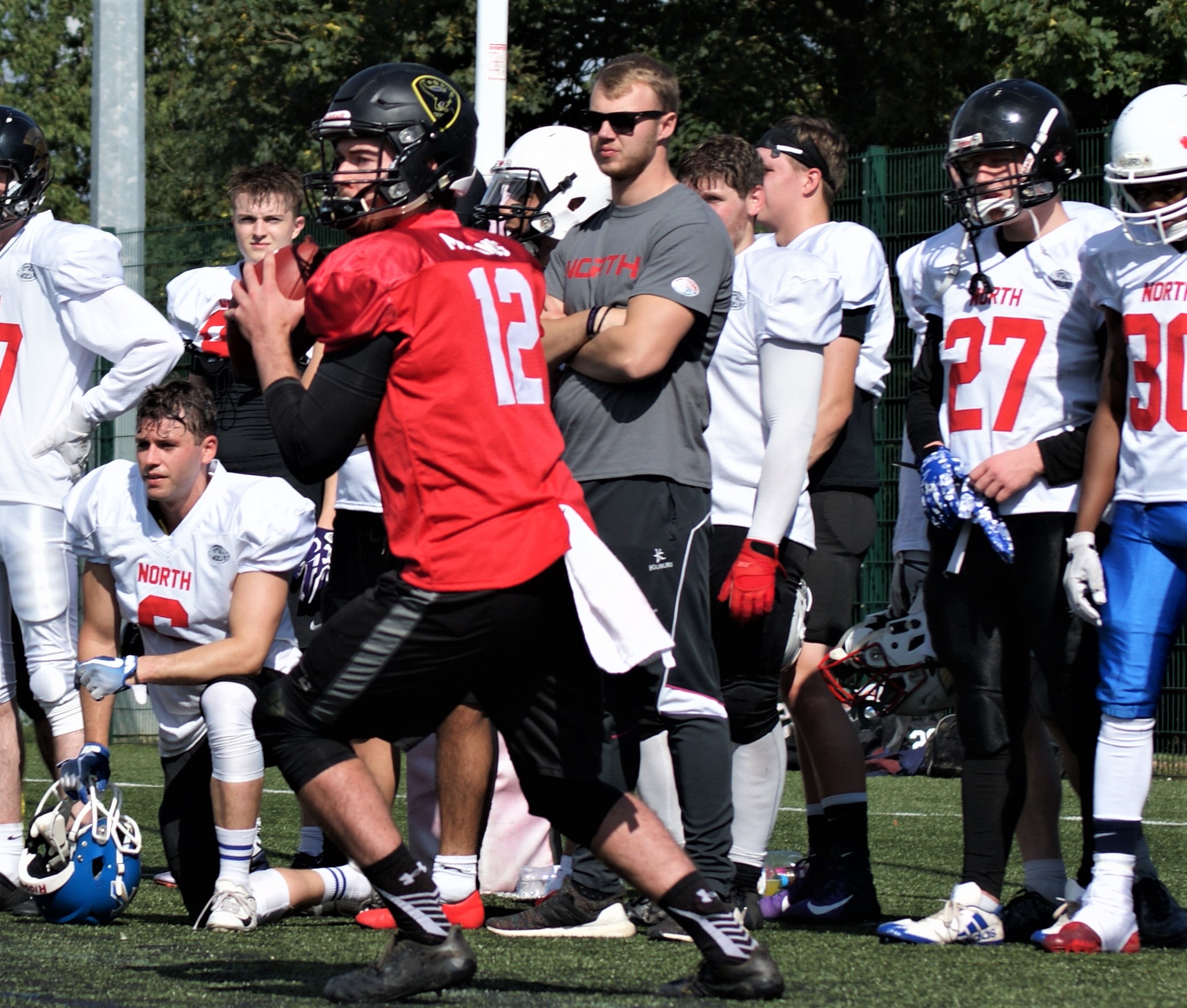 As the day wore on some impact players were starting to stand-out, but no-one was easing up in their efforts to impress. The nature of All-Star games is that the coaches have a limited amount of time to design and install their game plans, therefore good basic technique and athleticism are premium requisites for the trialists. Having completed the individual drills, the group exercises got underway allowing the players to show their physicality. 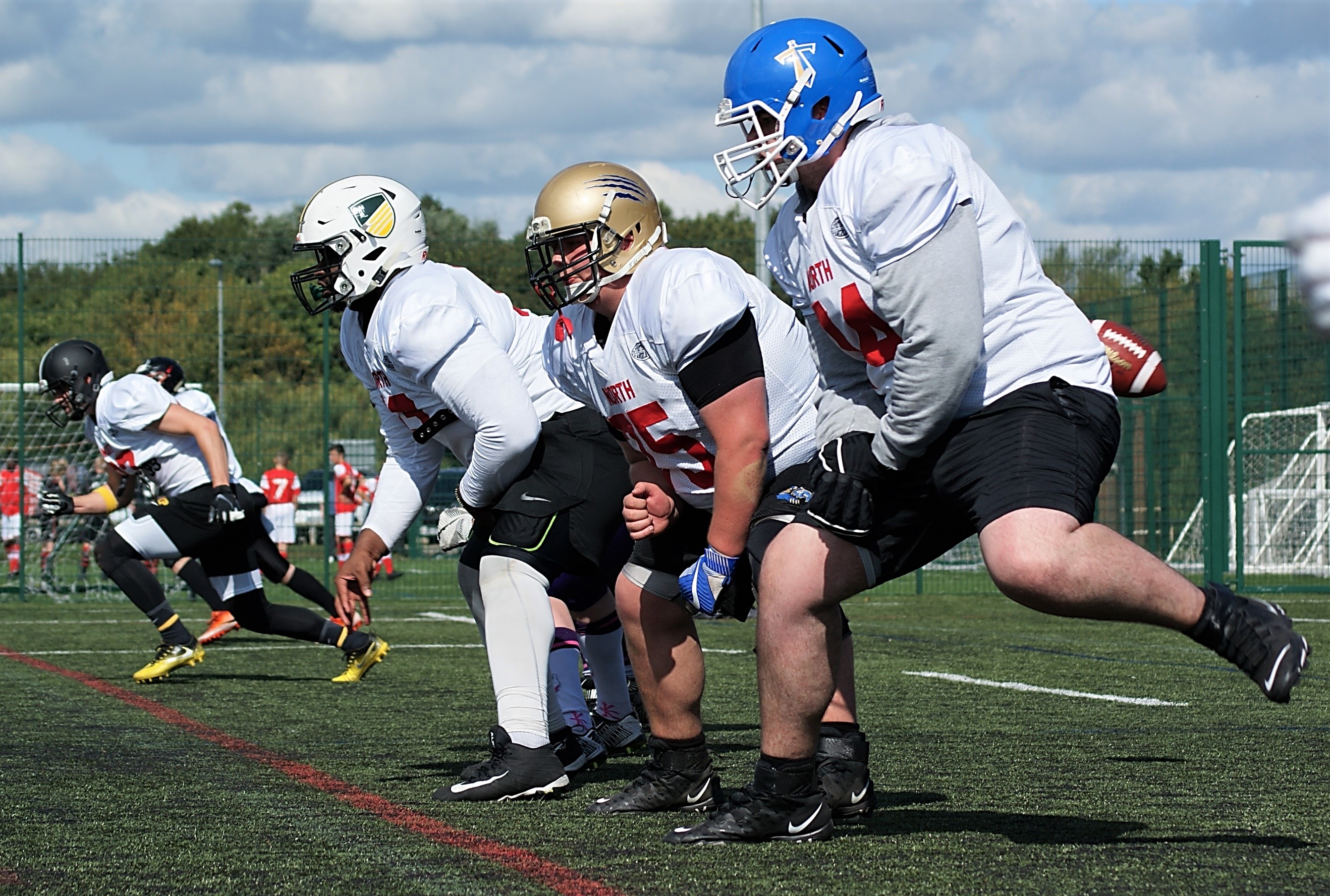 Coach Scott had been moving between the different groups, observing and taking input from his staff as he crafted his roster. By the end of the day he would need to reduce the numbers from ninety to the gameday forty-five, it was neither an easy or enviable task but as the days activities came to an end he thanked everyone for their efforts and advised them that they would be notified if they had made the team in the next few days.

For those who had been successful they would have one full practice before the actual game itself on September 29th, but for those who didn’t make it through at least they had enjoyed a great “football experience” and received some top level coaching that would take them into the upcoming BUCS season. 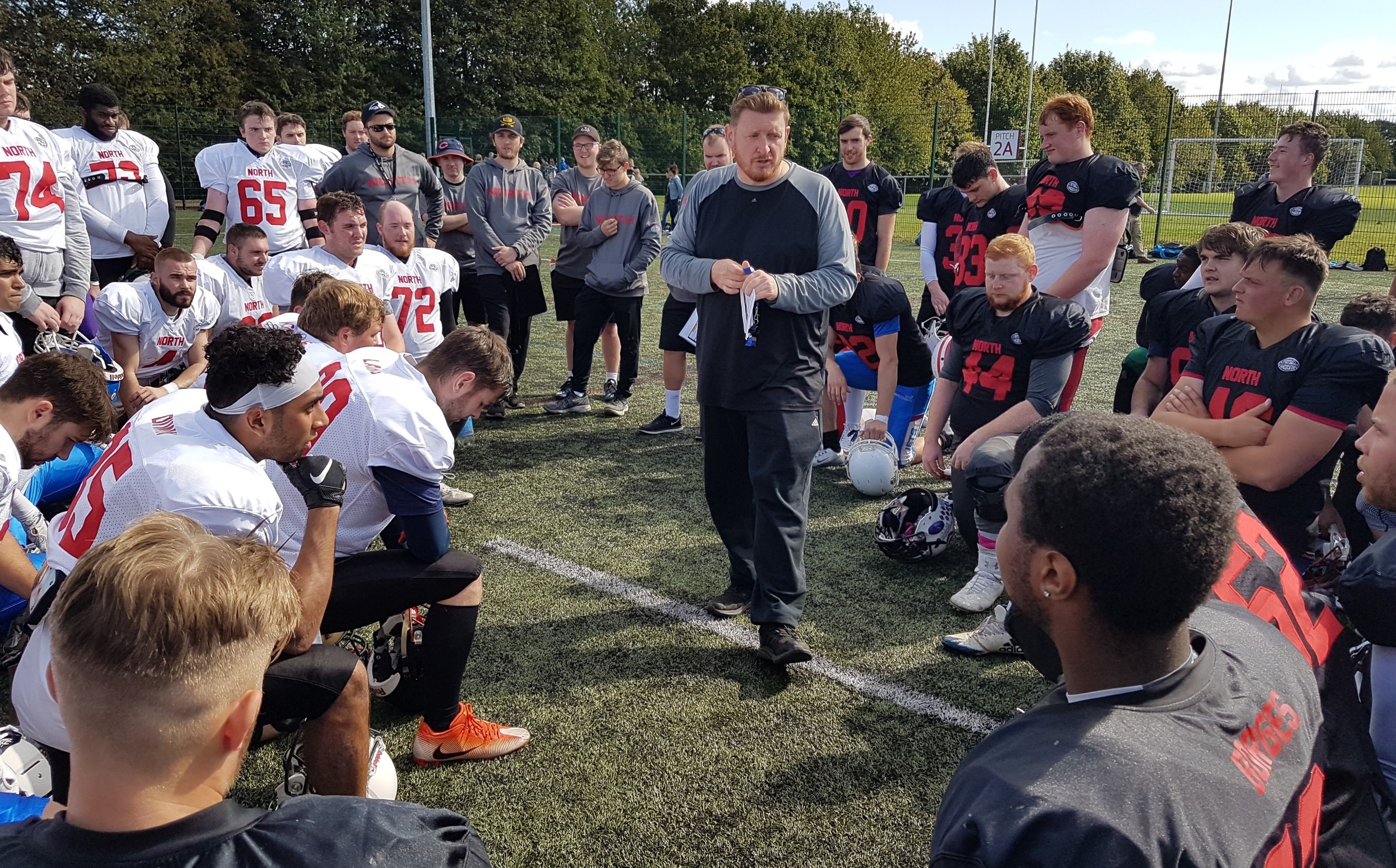