Could 9-man Football be the answer for the UK’s Lowest Division?

Could 9-man Football be the answer for the UK’s Lowest Division?

These are the opinions of the writer and the writer only. It is purely a suggestion of resolutions to the current problems of lower division football in the UK.

Lower division football is and has been in a bit of a state for quite some time, teams forfeiting, one-sided score lines and constant threats of withdrawal due to ‘Player Safety’ have plagued British American Football for years. But is there one answer which is being employed across Europe that could reduce the woes of the smaller programmes, leagues and even the National Governing body?

9-man adult football is rather common on the continent, particularly with those countries where American Football vies for a classification as niche sport such as France and Italy, where Rugby as in the UK is the king of contact team sports.

France (we can forget about what happened in the Euros recently) use 9-man football in a regional sense, with 4 game seasons and less travel, which is in essence their 5th level of football. When you look at their league size the level seems to match up somewhat with the UK Adult game;

All of this seems to be determined by region, and as such those regions with smaller numbers of inhabitants play with 9 rather than 11-man teams. Oh, and don’t get me started on their snazzy regulations table for all levels of u19 football; 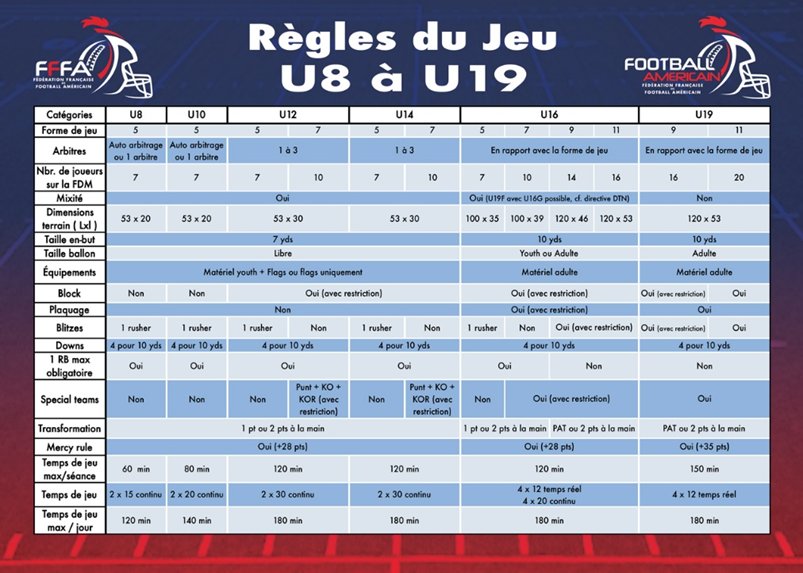 In Italy, the third division of adult contact football (they do not call their highest level a premiership) is and has been 9-a-side for quite some time. And it is currently a thriving division with 38 teams competing in 9 pools in 2018. They even have an All-Star Game for the North and South to compete in just for that level! Check out the highlights: https://www.terzadivisione.com/all-star-game-3div-highlights/

So what would it take? and what would the positive and negative ramifications for division 2 football be? Well quite simply all BAFA would need to do is say Div 2 is now 9-man and a Jean-Luc Picard ‘Make it so’ and Poof! Everyone in the lower division needs 4 less Linemen and can survive the season without falling foul to ‘player safety’.

But there are some potential negatives….

And honestly the positives look great.

So the big question is ‘Is it viable’ and well if it works for France and Italy then probably, yes. Whilst it would be a point of contention for many of the Division 2 teams, the overall benefit to Britball appears to be clear, falling in line with the Italians makes the most sense and if we are honest their NGB build and website including amazing team info pages (https://www.fidaf.org/team/scheda-team.asp?id=350) make it very clear that if we copied them in other ways too it wouldn’t be a bad thing.