Documentary film maker Alex Harron had long been an NFL fan, but it wasn’t until fairly recently that he discovered that there is a thriving British Football community. His interest piqued, he decided to track down his “local” team, who turned out to be the Dundee Hurricanes. He was fascinated by the diverse personalities that made up the squad of players and realised that potentially he could combine two of his passions, American Football and documentary film making. It would be fair to say that the Hurricanes, who historically have played in the NFC North Division two, haven’t been the most successful programme, in fact, when Harron first engaged with them they were winless over two consecutive seasons and had been forced to step out of the league and adopt “associate” status. He wanted to tell the story of their endeavours to secure that elusive win and re-establish themselves as a national league programme, evidencing the commitment it would take. With the club on board he set about charting their season long struggle for Football credibility. The result was “Bend Don’t Break” a fascinating eighty-minute film journey, that explores the psyche of some of the key individuals involved, culminating with its screening at the Dundee Cultural Arts Centre this week. 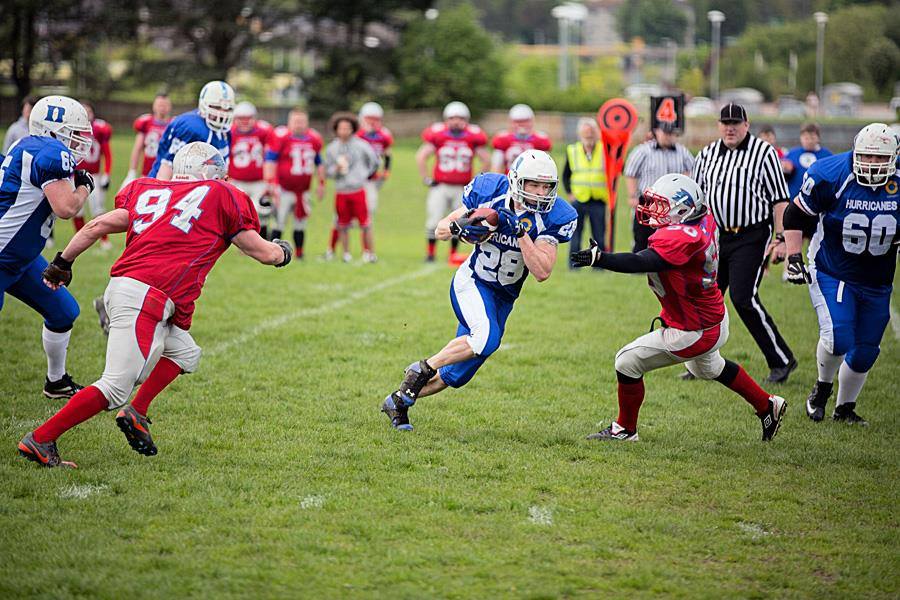 Harron and his crew immersed themselves in the lives of the team, with the cameras tracking the players both on and off the field. They are certainly a diverse bunch, that includes some Americans, who are pleased to have the opportunity to play the sport that for most US nationals ends after high school, along with a group of dedicated Brits who sacrifice their time, finances and even their family lives to live their Football dreams.

One of the Hurricanes American players extols the virtues of the Brits and their dedication to the sport. “These guys aren’t playing for money, they play because they love the game”, and for me that encapsulates Britballers in general, they may not play at the highest technical level, but they have heart, and that’s something you can’t coach. 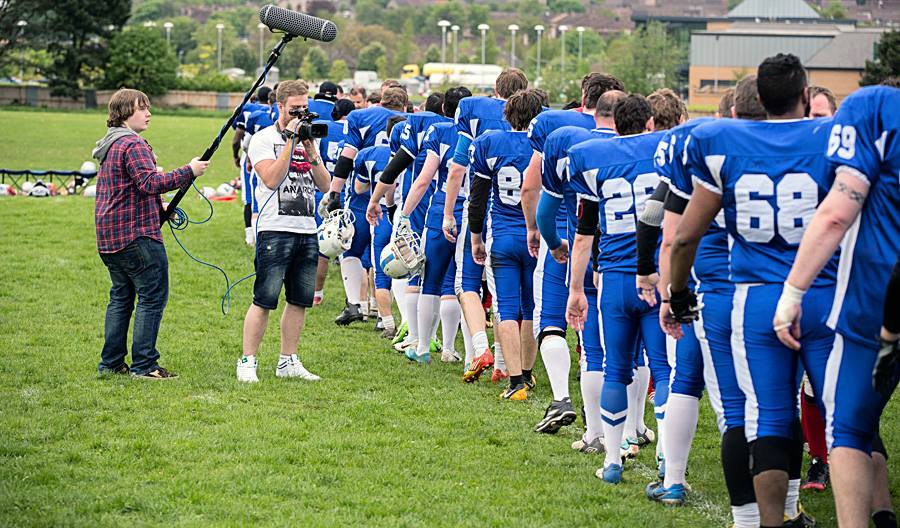 This is far from Harron’s first effort, he’s an accomplished cinematographer in the sports and community docudrama field, who has had his work shown at festivals in Edinburgh, Berlin, Budapest and Toronto, as well as on the BBC. Clearly, you’ll be wanting to watch this slice of Britball drama, so keep your eyes peeled for updates as negotiations are currently underway for it to be available through Amazon Prime and other streaming services. 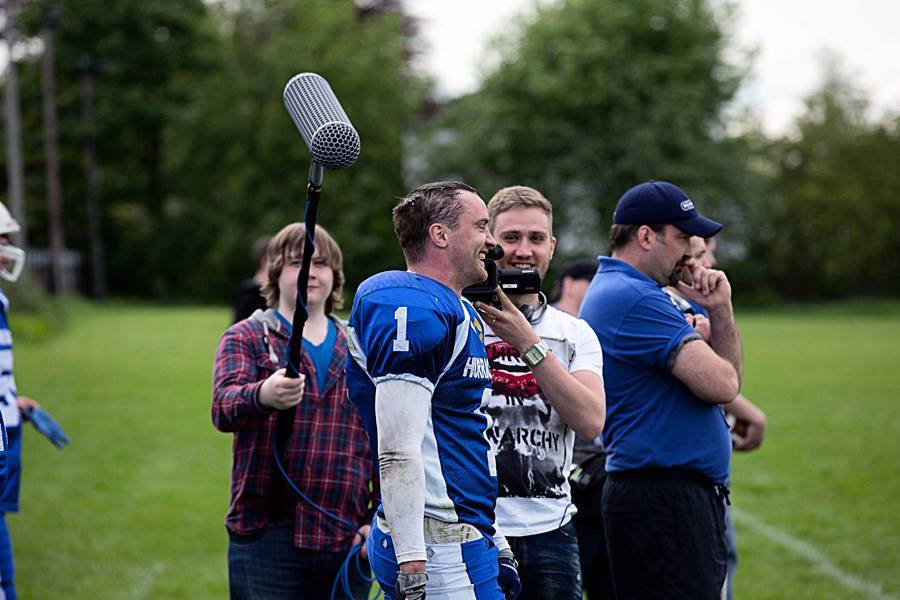